Summary: Althea Efunshile, the new Chair of Metropolitan Thames Valley (MTVH,) says International Women’s Day is an opportunity to honour women’s achievements across the world and throughout history. 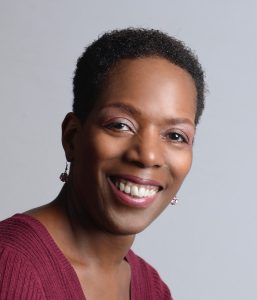 Althea Efunshile, the new Chair of Metropolitan Thames Valley (MTVH,) says International Women’s Day is an opportunity to honour women’s achievements across the world and throughout history.

“It’s a day when women of all classes, cultures and backgrounds can join together to think about women’s rights and gender equality. It’s one empowering day to fuel our efforts for the remainder of the year.”

Althea has had a 40 year public sector career, during which she has gained extensive senior leadership and management experience in education, children’s services and culture. She began her career as a secondary school teacher and youth worker and has worked at both local and national levels of government.

When Althea joined the labour market there weren’t many senior women she could look to as role models.

“I was inspired by my immediate role models – the Caribbean women in my family and my father. I also read prolifically; I couldn’t get enough of women writers like Zora Neale Hurston, Maya Angelou, Angela Davis, Alice Walker, Margaret Atwood, Marilyn French, Terry McMillan and Andrea Levy.”

She was also inspired by women friends and colleagues. All this grounded her, helping her to love herself as she was, celebrate her identity as a black woman and think beyond the limits others set for her.

Life for Althea as a single mother with two young children and a full time job was challenging: she had to organise her life like a military campaign and it was exhausting!  “I always did my best as a parent and in the workplace, but always felt it was never quite good enough. Now I know it was good enough – better than good enough!”

Early on in her career, Althea had to deal with other people’s (sometimes low) expectations of her, their surprise when they realised she was in charge (rather than a male colleague), as well as being patronised.

“Being black as well as a woman, it wasn’t always possible to distinguish whether that treatment was because I was black, or because I was female. I dealt with it in different ways: explicitly calling out bad behaviour or making my displeasure known through my demeanour and body language. But, at all times being as good at my job as I could possibly be.”

Asked what women need to do themselves to accelerate equality, and what we call can do to give momentum to women’s empowerment, she says: “At a societal or group level, it’s more important than ever to build collaborations and partnerships to effect change. The #MeToo movement showed the importance of strength in numbers. It’s also essential to recognise allies – men can be feminists too!”

On a personal note she advises women to: “Know who you are, be clear about your values, and work out the difference you want to make in each role you have. We need to be kind to ourselves – we’re not Superwomen! And we need to try to not let ‘Imposter Syndrome’ get the better of us.

Women are often perceived as ‘invisible’ after they reach a certain age and Althea believes it’s everyone’s responsibility to recognise the added facet of ageism. “I’m impressed by the small, but increasing number of organisations that have introduced a Menopause Policy to explicitly address the challenges faced by older women in the workplace.

Over the past century we may have made many advances in gender equality, but there’s still a long way to go. In the UK, we still witness and hear of many injustices, from sexual violence against women, to issues like the gender pay gap and (relative) absence of women in board rooms.

And equality is something much broader than just a women’s issue.

“Women’s equality isn’t just good for women, it’s good for society. But it’s important too to recognise intersectionality. We are individuals as well as members of groups, and we can be members of a number of groups at the same time.  We can be disadvantaged because of one attribute – say race or gender or disability – but privileged because of another, say social class or sexuality.  Individual identity is complex and interesting. We are a richer society when all can participate, all can contribute, and all can be their authentic selves.”

Althea has plenty of Board experience, but says of her new role as Chair of MTVH: “For me, chairing MTVH brings the added dimension of being a values-based organisation with an important social mission. Our purpose isn’t to maximise profit for shareholders. But we do want to maximise public benefit for our tenants and customers. This means being a values-based organisation that needs to operate just as efficiently and effectively as any commercial enterprise.

“My message to women in housing, and in business generally, is to develop and use our ‘soft skills’ as well as deploy our harder-edged skills too. We should be multi-faceted, multi-skilled and fabulous!” says Althea.