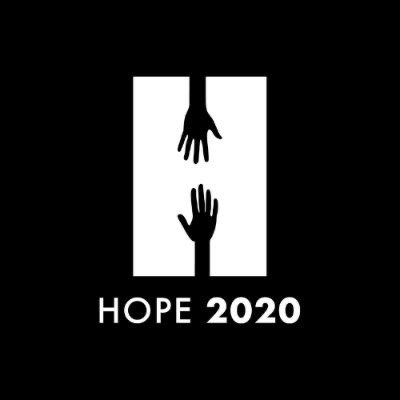 Summary:We believe housing must be involved in supporting the futures and wellbeing of young people. Read more about why we will be using Hope 2020 to amplify how young people can inspire their communities.

This year marks the 20th anniversary of the death of Damilola Taylor, a 10-year-old boy who was murdered in Peckham, London. The news sent shock waves around the world and led to calls for action for change to tackle violence affecting young people.

Sadly, many remember Damilola for being a victim of violence affecting young people, but he was much more than that. He was a young boy with dreams and aspirations. In a letter he wrote before his death, Damilola spoke of his hopes of becoming a doctor and saving the world.

MTVH, along with many other organisations, including Co-op, UK Youth, Metropolitan Police, Safer London and Rio Ferdinand Foundation have joined together to form the ‘Hope Collective’, to work with the Damilola Taylor Trust (DTT), which was established in 2001, to promote and champion positive futures for young people.

DTT has worked tirelessly to support young people from disadvantaged communities break the cycle of violence and provide them with opportunities to play, learn and live their lives free of fear and violence. In 2019, The Damilola Trust announced plans to launch The Hope 2020 campaign, which is dedicated to empowering, inspiring and promoting youth positivity. Damilola’s father, Richard Taylor, said:

“I want 2020 to be seen as a year of hope for all those that care for the well-being, safety and development of young people. There will be programs in schools, there will be community development programmes involving meetings with the community, with the parents. Because it’s a year of hope for all the young people, for them to change, to aspire further and more than they have been.”

On the 1st September, the Hope 2020 website dedicated to honouring and inspiring young people around the UK, went live. We are pleased that one of our young residents, Kafele Morgan, is featured on the website, where he shares his journey of creating a business/community venture through his love for football and his hope for more young people in his community to fulfill their dreams. In his story, Kafele said:

“I’ve lived in an MTVH property for the past ten years and often saw young people on the estate looking for something to do. I began training young boys from the estate and local surroundings for free and before I knew it, there were over 40 boys coming to learn more about how to play football and the spirit of the game. After a meeting with a community organisation in Barnet, I became serious about the business/community venture, opened a bank account and set up a board of trustees. This led to me receiving my first source of funding from the Young Barnet Foundation to run a summer soccer camp called ‘In Her Endzone’, a program centred around increasing young female participation in football. The program has been really successful and I’m now working with Arsenal Ladies, as Academy Development Coach which been a great achievement.”

The link with housing and young people who are affected by youth violence and criminal exploitation is evident. Many young people have experienced issues with homelessness, difficult family circumstances and overcrowding; driving them to inappropriate and in some cases even dangerous positions. MTVH’s Head of Strategic Partnerships, Sarah Willis, has been working closely with DTT and organisations such as the Mayor of London’s Violence Reduction Unit (VRU)  to discuss how through MTVH’s work and collaboration with others, we can best support tackling violence affecting young people. Sarah said:

“It is vital to consider how the housing sector can be included in systemic changes as incidents of violence are often centred in and around very specific neighbourhoods. As social landlords we work with and for residents in local neighbourhoods’ day in and day out. We welcome partners from all sectors to join with us and include us in collaborations that will ensure we can innovate to have a bigger impact and stop this epidemic.”

By joining Hope 2020, MTVH is demonstrating its commitment to uplifting, supporting and celebrating our young residents. We want all young people in our communities a chance to live well and make it possible for them to see their potential and thrive without the fear of violence.

We look forward to supporting Hope 2020 on their next step to make 7th  December, Damilola’s birthday, a national day of hope, an annual day when every youth sector organisation can work together for the common cause of celebrating young people. Much like the way Stephen Lawrence day has been set up as a national day of remembrance.

There are still opportunities for our young people to be part of the young ambassadors of Hope 2020. If you’re one of our young residents and have an inspiring story you would like to share please get in touch with Terry.Tottman@mtvh.co.uk.