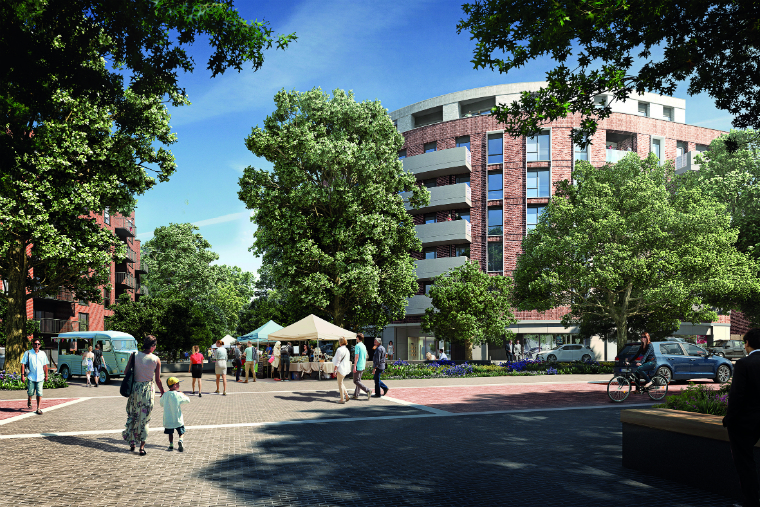 MTVH to begin next phase of major London regeneration

Summary:MTVH is preparing to commence the next phase of its major regeneration at the Clapham Park estate in Lambeth, south London.

Housing association Metropolitan Thames Valley (MTVH) is preparing to commence the next phase of its major regeneration at the Clapham Park estate in Lambeth, south London.

On completion, the project will more than double the number of homes at Clapham Park to more than 4,000 homes. Of these, 53% will be affordable – comprising a combination of properties for social and affordable rents, shared ownership and other affordable tenures. More than 1,500 homes have been built and refurbished to date at Clapham Park by MTVH, following a residents’ ballot in favour of the transfer of the estate to the social landlord from Lambeth Council in 2006.

The first building work of the next phase of the regeneration will begin in March, with construction getting underway on 50 new homes for social rent. They will comprise a combination of 41 one-, two- and three-bedroom flats and nine four- and five-bedroom townhouses. Current Clapham Park residents will move into these new homes once completed.

The commencement of this new phase of the regeneration follows the finalisation in December by MTVH and Lambeth Council of the section 106 legal agreement for full planning consent to be granted. The agreement outlines the financial contributions and benefits which the regeneration will deliver for the local community – and the two organisations have worked closely to maximise the positive impact of the project.

As well as delivering thousands of new homes, the regeneration of Clapham Park will create hundreds of apprenticeships and jobs for local people in a range of different areas. MTVH will provide employment skills training for local people, as well as opportunities and support for businesses in the area to win supplier contracts related to the regeneration.

Environmental and infrastructural improvements will include the provision of more than 4,300 cycle parking spaces, improved transport facilities and nearly five hectares of open green space for residents. As part of this, 870 new trees will be planted across the estate, and a new central park, woodland play area and fitness facilities for local residents will be provided.

Zeinab Mohammed lives at Clapham Park with her husband, and the couple are both involved in local activities on the estate. She said: “I am very excited about the new homes that are being built and the opportunities that the regeneration is bringing for the people in this community.”

Geeta Nanda, Chief Executive of MTVH, said: “We’re very pleased to have secured full and final approval for the next phase of the Clapham Park regeneration, following close and productive work with our partners at Lambeth Council.

“The section 106 agreement underpins our continued commitment to investing not just in bricks and mortar, but in the community and the local services and facilities that our residents tell us they want. Local people have played a central role in the development of our plans for Clapham Park, and we’re very thankful for their participation and input in the process.

“We’re united with the local authority in our commitment to making Clapham Park a revitalised, thriving and affordable area that local people are proud to call home – and this next phase of the regeneration will help us to achieve that.”

Cllr Paul Gadsby, Lambeth Cabinet Member for Housing, said: “Lambeth has a housing crisis, and we need every part of the community to play its part in tackling it.

“The council is pushing ahead with our plans to build hundreds of new, genuinely affordable homes through our own house-builder, Homes for Lambeth. But I’m pleased to see a housing association like MTVH also delivering new and improved homes for so many Lambeth residents.

“These proposals provide more than new homes: under the terms of the planning permission, it will also make a major contribution to the local community, with benefits including more green spaces, improved community and transport facilities, and employment and training opportunities for local residents.”

In advance of the plans’ submission to the local authority in July 2017, regular consultation events were held with local residents to ensure their thoughts and feedback were taken into consideration. Following submission, the plans attracted more than 150 statements of public support, as well as a recommendation for approval from council officers.

The plans were unanimously approved by the local authority’s planning committee in March 2018, pending the completion of the section 106 agreement. In the intervening period, MTVH has completed a range of other pre-approved work on the estate, including the delivery of a new community resource centre (known as the Clapham Park Cube) and nursery, as well as nearly 40 homes for social rent and more than 150 for shared ownership. 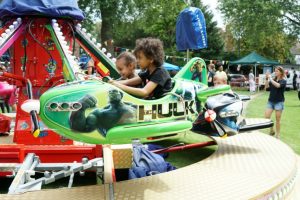 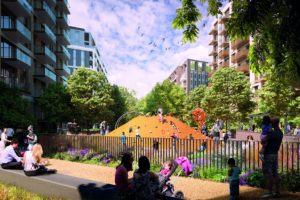