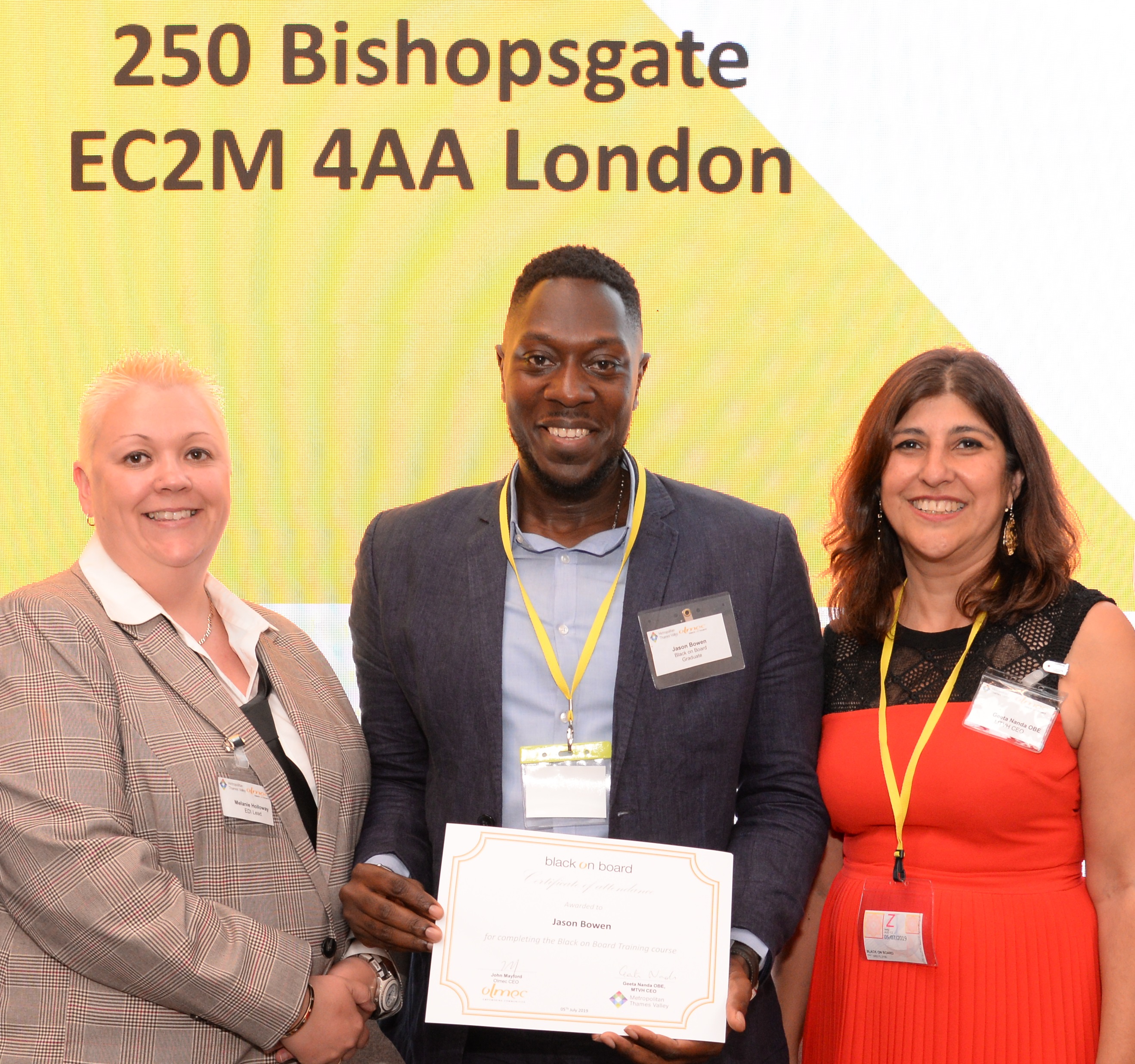 Summary:MTVH’s ‘Black on Board’ training programme has had a 75% success rate in getting BAME colleagues and customers into Board positions

Nearly three quarters of employees and customers of Metropolitan Thames Valley (MTVH) who completed a new personal development programme provided by the housing association, have earned positions on company boards following their training.

The programme, ‘Black on Board’, is delivered by race equality charity Olmec and aimed at people from black, Asian and minority ethnic (BAME) backgrounds – a demographic nationally under-represented at board level.

The training programme is open to Metropolitan Thames Valley employees and customers at all stages in their careers. The part time course runs for five months and will be delivered to a total of 40 people across two cohorts of trainees. The first of these groups has just graduated – with 14 of the 20 participants offered board positions so far.

In 2017, UK citizens from ethnic minorities made up around 14 per cent of the population but only accounted for two per cent of director positions. By providing people from ethnic minorities with the right skills, knowledge and experience to apply for board positions, Black on Board aims to redress the balance and improve racial diversity at governance level in all kinds of organisations.

Graduate Jason Bowen – Website, Digital and Social Media Executive at Metropolitan Thames Valley – said: “The course has demystified how boards work and has given me confidence. I now know I have the skills to be effective and that board membership is a viable option, as I’ve been offered – and have accepted – a position on a board.”

Geeta Nanda, Chief Executive at MTVH said: “At MTVH, we’re committed to ensuring that equality, diversity and inclusion are interwoven into the very fabric of our business.

“We believe it’s critical that organisations proportionately reflect – at every level of seniority – the diversity of the customers they serve and the communities in which they operate. The business case for diversity is compelling too – with organisations which positively encourage diversity outperforming those which do not.

“We’re very pleased with the fantastic results of Black on Board so far, and look forward to seeing many more successful outcomes for the colleagues and customers participating.”

John Mayford, Chief Executive at Olmec, said: “It is vital for the health of our communities that decision-makers reflect the diversity of our communities. By 2030, 30 per cent of the UK population is expected to be a ‘person of colour’. There is increasing evidence that boards reflecting our communities makes good business sense.

“The success of Black on Board so far shows that it’s a really useful course for delegates, for both their own career development and also an effective way of promoting race equality in society as a whole.”