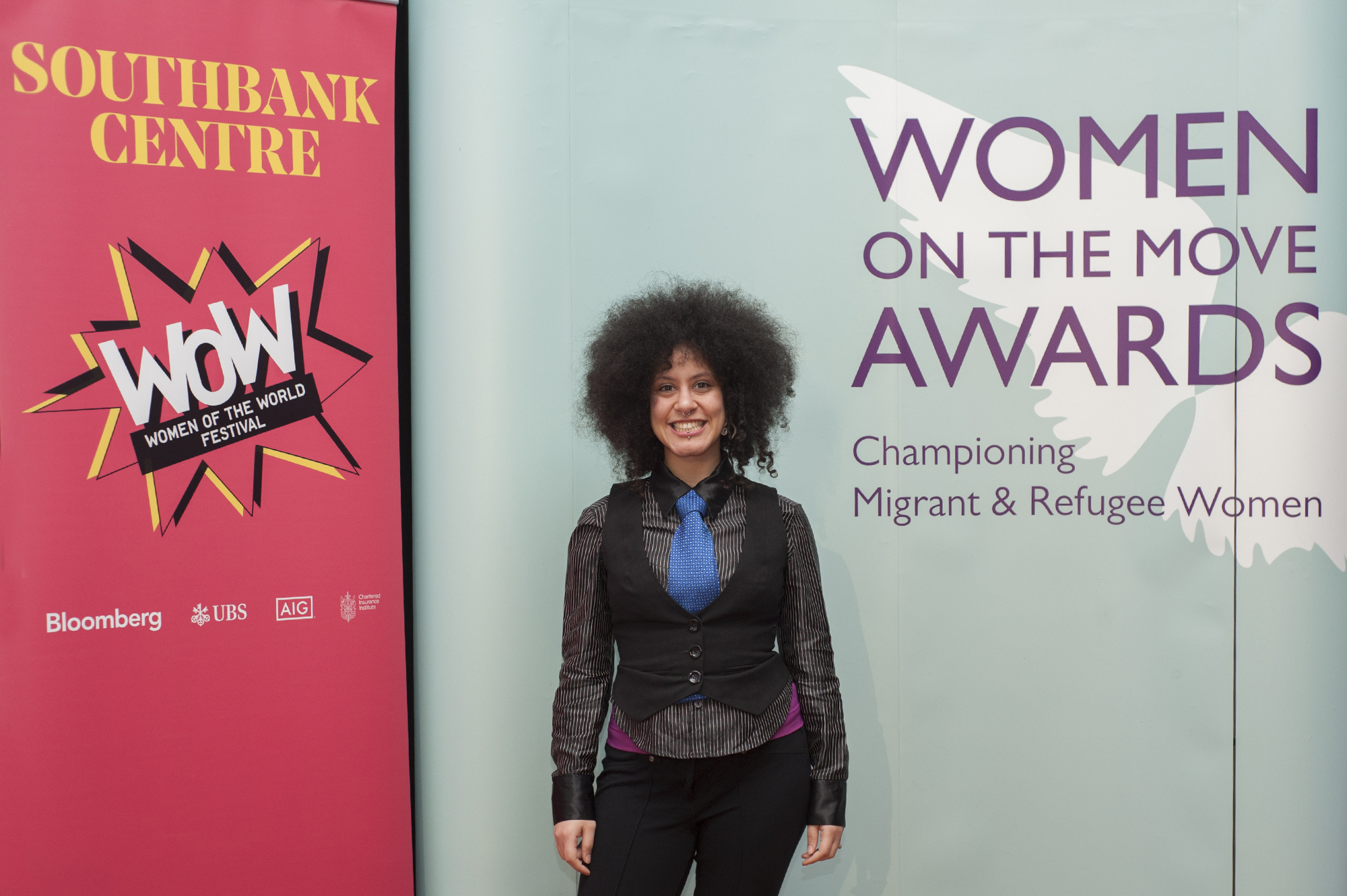 Summary:It's women's month and we are celebrating refugee and migrant women who are contributing to UK society for a positive change!

Meet Shrouk El-Attar,  an electronics designer and activist for refugees rights in the UK and LGBTQI+ rights in her native Egypt. She has been living in the UK as a refugee since 2007 and has played a pivotal role in campaigning for educational rights for refugees and asylum seekers in the UK and helping those who face persecution due to their sexuality in Egypt. In 2018, Shrouk won the Young Woman of the Year Award at the Women on the Move Awards  and was also chosen as one of the 100 Most Influential Women in the World by the BBC.

Shrouk kindly took a moment to answer some questions about her experience with the Women on the Move Awards and how it has influenced her work.

I am originally from Egypt but came to the UK in 2007 as a teenager.

I’ve always been obsessed with engineering – to me it’s like magic – and when I was a kid I longed for the day when I could study it at university. When I realised I wouldn’t be able to because I was an asylum seeker, I was shattered. That’s why I started campaigning for equal access to higher education via Student Access for Refugees (STAR). I won the Women on the Move Awards for my part in this work to open colleges and universities to those seeking refuge protection in the UK.

Winning the Women on the Move Awards has been super-positive. It’s been a huge stepping-stone for me and the start of who I am today. There has been such a knock-off effect in so many ways – I’ve done and have had access to so many things that I wouldn’t had otherwise.

The Awards have given me a lot of visibility for my work. After I won, I was included in the BBC’s list of 100 Influential and Inspirational Women in the world – which is just insane! – and I’ve been featured in a lot of media articles including BuzzFeed, HuffPost, Reuters, and the BBC. I’ve spoken in Parliament and reached a new, really high level.

This platform has been helpful in supporting the Equal Access campaign to grow and to reach more people. Telling the world about the work that STAR does has been so important. The campaign has been super-successful and to date we have managed to get around 75 universities on board, out of around 100 in the UK.

The increased outreach resulting from the Awards has also given a lot of prominence to my ‘Dancing Queer’ belly dance shows, which I perform to raise awareness about LGBT issues in my country, Egypt. I’ve now taken these performances around the world to countries as far away as Japan and India. I also volunteer with LGBT+ refugees and asylum seekers locally.

On a personal level, the Women on the Move Awards has given me a lot of confidence, which has translated over into my professional life as an engineer as well. After many years of being excluded from studying, I finished my master’s degree and now I make robots for a living! I’ve really been going for it in my job – recently the Institution of Engineering and Technology named me as one of the top six young woman engineers in the whole country!

I’m now also using my platform to campaign for better representation in engineering. In the UK, we need to produce 186,000 engineers every single year if we want to meet our engineering shortfall by 2024. At the same time, we are banning people – people who have fled wars, who have fled torture – from studying engineering. It just doesn’t make sense. This is also why I now teach maths to refugee children.

It felt totally unbelievable when I won the Young Woman of the Year Award in 2018. I was surprised to be nominated for it, let alone to win. It was a big confidence boost. I’m thankful to the people who nominated me because I would never have put myself forward.

In this country people just have this idea about what a refugee is, what they look like, how they speak, how they dress, and what their behaviours are like, but actually, we’re just people. I think it’s crucial to be able to challenge this and to show our diversity. Even within the Awards themselves, there were so many different women doing different things, and I think that was so important.

Be loud, take up space, and be unapologetically you!